From the Master of Lists, 5ives.
Organized by Memphis Urban Sketchers at 5:59 AM No comments:

Organized by Memphis Urban Sketchers at 5:38 AM No comments:

From my brother's column in the CA:

Five events my kids would excel in if they were actual Olympic events:

Organized by Memphis Urban Sketchers at 12:25 PM No comments:

LOVE:
1. "Pride and Prejudice" - the BBC mini-series. Not only is it a faithful retelling of the story, but it stars Colin Firth as Mr. Darcy! You can't beat that.

2. "Bridget Jones Diary" - Not at all a faithful retelling of Pride and Prejudice, but so much is taken from it and updated that it is obviously done with love. And Colin Firth practically reprises his role from the BBC miniseries - his name is even Mark Darcy!

3. "Clueless" - A near-faithful retelling of Emma. This is the way to do a remake! The characters are the same, which is what is important.

HATE:
1. "Mansfield Park" - 1999 BBC Films version. This is one of the worst movies I've ever seen. They have taken away the depth of the characters and added silly drama in its place, while squeezing out all of Austen's humor. What you are left with is a ridiculous movie full of caricatures - they turned Fanny Price into Cinderella, Lady Bertram into an opium addict, and Mary Crawford into kind of a whore. The rating says it all: "Rated PG-13 for brief violent images, sexual content and drug use." Come on! This is supposed to be Mansfield Park!

2. "Pride and Prejudice" - the 1940 version starring Greer Garson. The ridiculously incorrect-for-the-time-period costumes, which would not have been so bad except for the giant hats, was enough for me to turn it on mute and take a nap. The Google has no pictures of the giant hats, yet that is what I think of when I think of that version.

3. "Pride and Prejudice" - the 2005 version starring Keira Knightley. Where to begin! Keira Knightley makes Eliza Bennett too emotional. Eliza Bennett is supposed to be above it all - that's kind of the whole point of it. Mr. Darcy in this one just makes me want to yawn when I look at him.

Also ran:
1. "Bride and Prejudice" - It's the modern-day Bollywood retelling and it is pretty fabulous! Lot's of singing and dancing. They got a lot of it right - the mother is awful, the Collins character is a buffoon, Wickham is pretty sleazy - but all of the girls are pretty. (They aren't supposed to be.)

2. A 2003 version of "Pride and Prejudice" that I happened upon on the cable TV one day. It appears to be a modern-day Mormon retelling of the story - at least that is what I assumed as they were in Utah and went to church - and that was just confirmed on imdb.com, which gives its full title as: "Pride and Prejudice: A Latter-Day Comedy." It was a little odd, but watchable.

What I Googled Today

Actual words and phrases from my conference in Philadelphia:

1. "dialogue" used as a verb
2. "tipping point" used in a way that actually made sense as a phrase and not just a catch-phrase
3. lots of folks said "interestingly enough" - I hear that a lot lately. A LOT.
4. "message" used as a verb
5. "imaged" used as a verb
6. "Gullverian"
7. "sort of" - this is another one I hear a lot, often preceded by "very", which is contradictory enough, but someone at the conference actually said this: "I am very sort of profoundly interested..."
8. heard "below the radar" enough to wonder if anyone ever says "above the radar" or "on top of the radar"
Organized by Memphis Urban Sketchers at 3:22 PM 1 comment:

I went to Philadelphia in June for a conference. Here is what I did and saw...

1. At the airport I learned that creams and pastes are also considered liquid.

2. View from the giant balcony of my giant hotel room 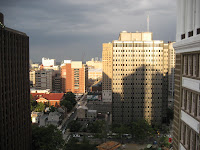 3. Went to the Reading Terminal Market 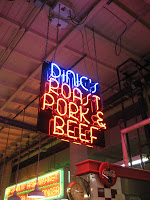 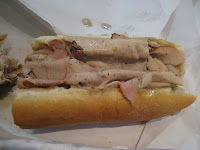 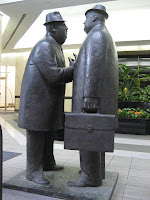 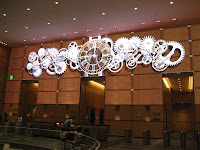 7. Experienced a hotel fire alarm for the first time.

8. Ate at Honey's Sit'N Eat, which was really good. 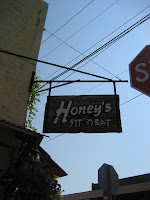 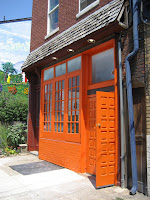 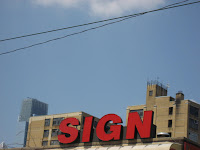 11. Went to a Phillies game by myself 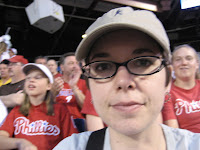 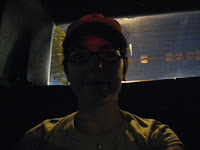 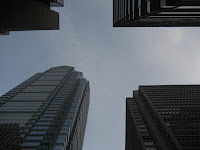 Organized by Memphis Urban Sketchers at 5:27 AM No comments:

Some Stuff from Last Week

1. Saw the new house where my childhood home used to be. 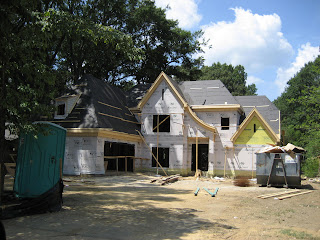 2. Organized my studio. (WARNING: These paintings have been stacked by a professional artist! Do not attempt!) 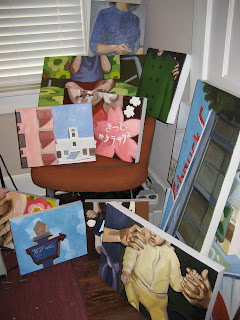 3. Briefly visited with the river. 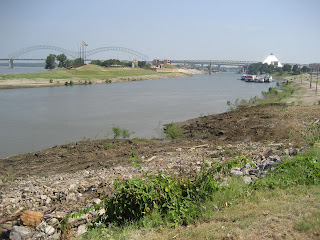 4. Saw this cool old sign in East Memphis. Note the "phone" sign on the old light - so 20th century. 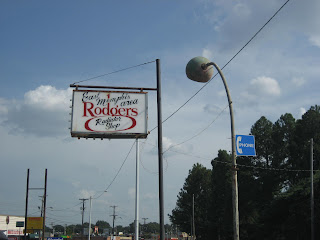 Organized by Memphis Urban Sketchers at 1:31 PM No comments:

the things that get the most comments on my photo blog:

Some Stuff from my Birthday

1. Beautiful eggs made by T 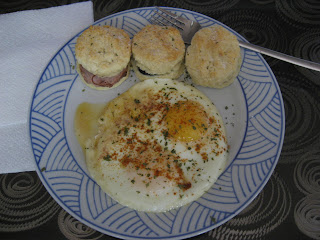 2. Working on a new painting 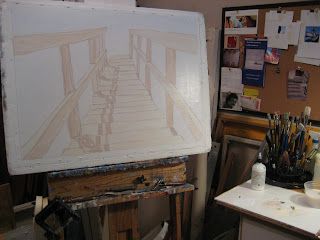 3. Sake and sushi at Osaka 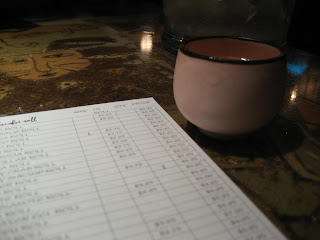 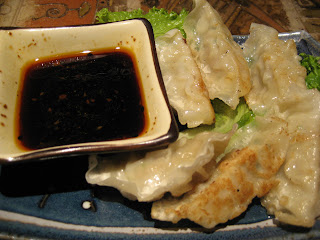 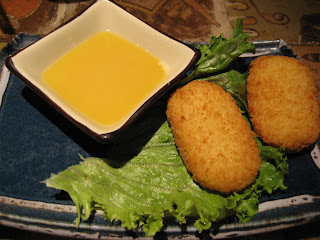 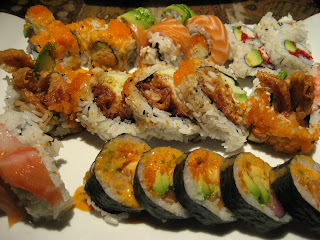