Things I Saw in New York

1. conjoined twins walking down 42nd Street in Times Square
2. "musician" in the subway who was so bad he probably had just stolen the guitar he was playing
3. a black and white sign in the subway, hanging on an overhead beam, that said "So Tired"
4. 2 Pentecostal women walking down Mulberry Street in Little Italy
5. Dwayne's midget family
6. international gay pride parade 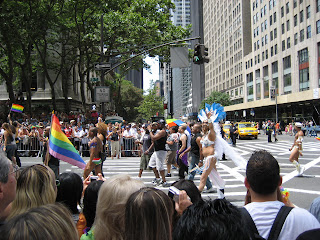 7. 2 different people at 2 different times playing the same kind of crazy Chinese instrument in the subway
8. the same conjoined twins the next day going the other direction on 42nd street
9. the world's largest Gothic cathedral
10. this crazy sculpture 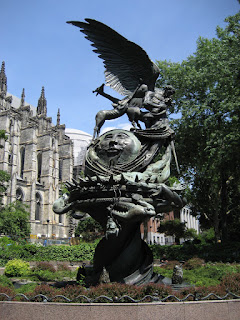 I am so jealous. Can't believe you got to see crazy bird man without me.